The summary view shows the main information on how the dimension contributes to the variation of the performance between start and end in a given step. Each step is split in three: Mix effect (1) main performance effect (2), and remaining (3).

(3) Remaining: sum of the other elements contribution from the dimension selected in the performance effect (2). (e.g.: using the same example as in (2) the remaining element of the Device category will be Mobile and Tablet.) 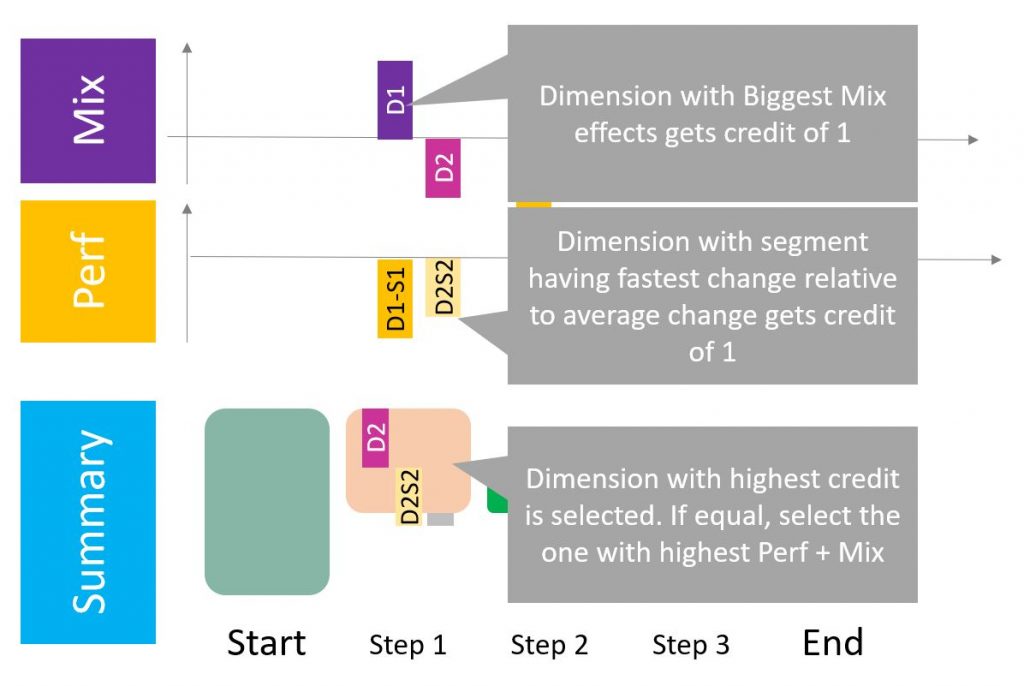